Mazel tov to all our alumni on their simchos! May we continue to share in many more simchos in the future!

Based on this one might think that when HaKodosh Baruch Hu said to Moshe that He would destroy the Bnei Yisroel and build a new nation with Moshe, that Moshe would agree to it. He saw that no one was mourning what they thought was his death, in fact they were dancing, singing and playing musical instruments. Yet with all this Moshe Rabbeinu was mevater on his own kavod and furthermore davened on the Bnei Yisroel’s behalf.

We learn from Moshe Rabbeinu what it means to be a true manhig and leader. That the leader needs to have tremendous misirus nefesh and achrayus for his tzibur no matter the circumstance. 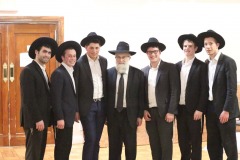 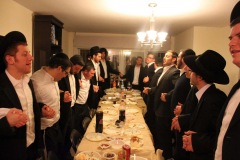 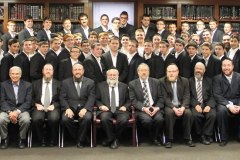